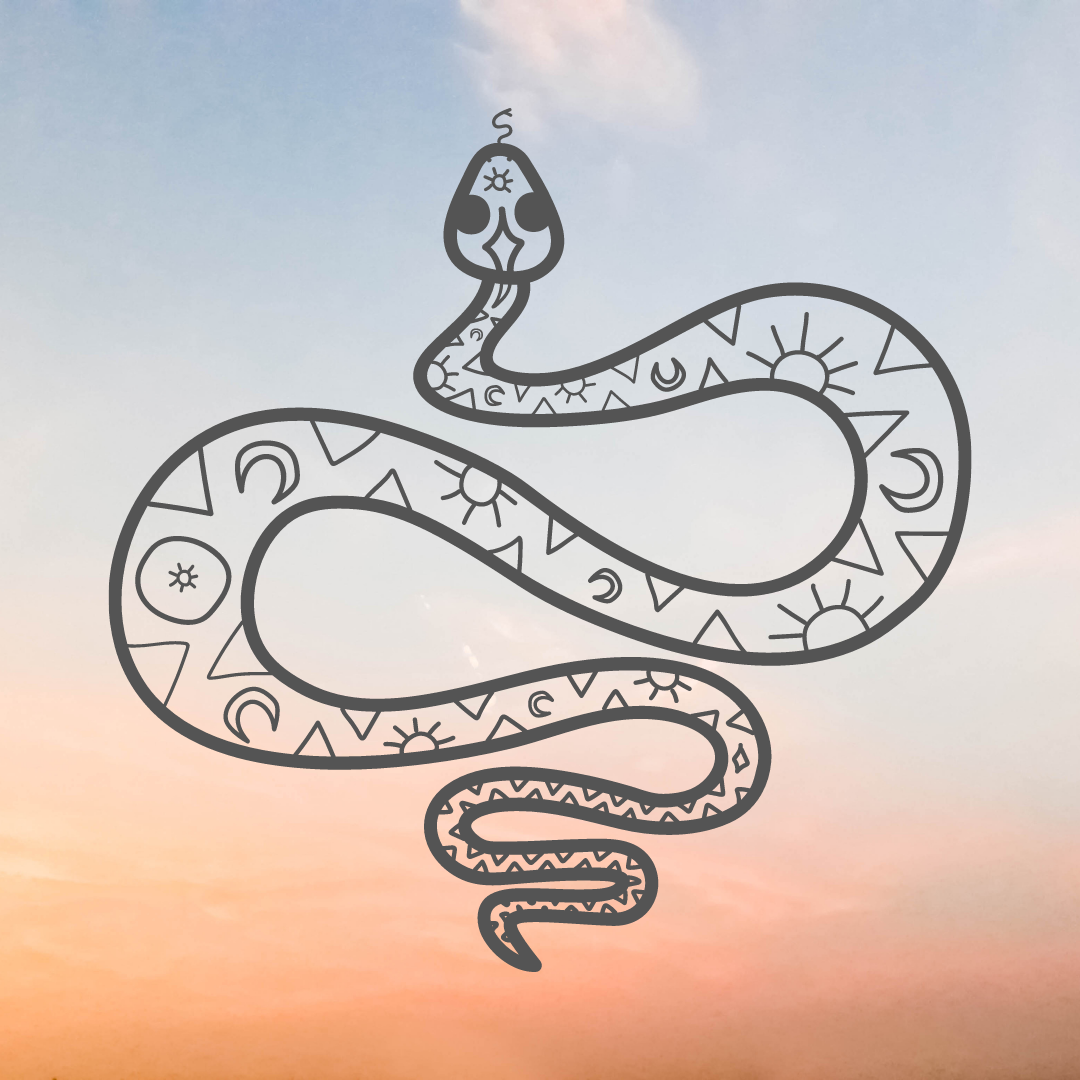 I have channeled many things messages, healing, writing inspiration, but one night while channeling the energy felt unfamiliar. I asked spirit what was this new energy that was being channeled. The answer I received surprised me. Spirit responded, “kundalini awakening.” I was experiencing a kundalini awakening during my spiritual awakening.

What is a Kundalini Awakening?

Kundalini is believed to be latent energy coiled like a snake sleeping at the base of our spine deep within our root chakra. The word itself is said to mean “coiled” in Sanskrit. In the articles I’ve read and videos I’ve watched, most refer to it as divine feminine energy. Once awakened, the energy passes up through the chakra system until it reaches the crown. Once at the crown, the person reaches enlightenment. They become awakened to their divine feminine.

I heard of kundalini energy, and I became curious about kundalini yoga a few years ago. That was the limit of my understanding. So, when I became aware of my kundalini awakening, I needed information. The first person that I reached for was Christina Lopes, the spiritual healer and guide that I’ve turned to many times during my awakening process.

Lopes created two YouTube videos discussing kundalini awakenings which helped me to understand what was happening. The two videos are, “What is a Kundalini Awakening REALLY?” and “Top 14 Kundalini Awakening Symptoms”. From those videos, I learned that a kundalini awakening can take place within a spiritual awakening, that it is often the next level of healing, and the rise of the divine feminine energy within us.

When the kundalini energy awakens, it rises through the chakra system healing and pushing out the old energy. Kriyas (involuntary movements), coughing, forceful exhaling, and all sorts of emotions come up during the awakening process. There are many symptoms of kundalini awakening as detailed in Lopes’ videos. I experienced most of them during my process.

It was some of the strongest energy that I have ever felt during a channel. My body began to experience kriyas. I normally have these types of movements during channeling, but these were unique. My body writhed like a snake, undulating, starting from my root and working its way up through my energy body and chakra system. I could feel my body move in ways that I didn’t know that it could but there was no pain.

As it was happening, I was the observer. I could feel which chakra it was in as the kriya indicated what was being healed. I tracked its progress. It felt like it stopped at the throat chakra. No doubt it found resistance there as it had been blocked for a long time before I was able to heal it. I expect more such channeled kundalini energy until it reaches the crown chakra, but that is to be seen. It was an extraordinary experience that I would be happy to repeat.

When I woke up the next day, I felt well. I did my morning spiritual practices and then I decided to get out and run an errand downtown. While downtown, I walked through the park and spent time in some of my favorite places. My energy was as bright and sunny as the day. But as the day progressed my energy became heavier, and my emotions started to take over. By the time I got home, I was in a downward spiral of emotions.

All the old energy that was being pushed out by the kundalini energy, was coming to the surface to be felt and healed. All of it. All at once. I felt like I was having an emotional breaking down. The old fears, doubts, loneliness, sadness, frustration, and anger came up at the same time. I was flooded with low vibrational emotion.

My husband came home from work and found me crying on the sofa, tears streaming down my face and a pile of wet tissues next to me. I cried on and off for hours, sobbing those big ‘alligator tears’ as my mom used to call them. For a moment, I thought I was losing my grip on reality. I breathed through it.

Then I realized what was happening. Everything was coming up to heal all at the same time. All the old crappy energy that had held me back for so long, came up to be healed. It was heavy. The crying meant that I was already releasing the ‘old’ energy.

Experiencing all those energies, all those emotions, at the same time was a lot to handle. I isolated myself in my office, lit candles, burned sacred smoke, listened to meditation music, and journaled. I worked through those energies. I didn’t get attached to them. I felt them and released them. One by one, I let it all go. I did the work. It wasn’t easy but it was necessary. I even used the karma clearing techniques that I wrote about in my previous blog post.

The next morning, I was still feeling low, tired, and a little numb. It felt like I was emotionally hungover. I did not feel enlightened. Which likely means that I will experience more of these channeled kundalini awakenings until it’s able to reach my crown chakra.

Throughout this experience, self-care was my saving grace. I was kind, gentle, and nurturing with myself. The work is hard. Don’t let anyone tell you otherwise. I also know this also means that there is space within my energy body for ‘new’ energy. And ‘new’ energy is so much better than that ‘old’ energy that I was carrying around.

Release the ‘Old’ to Experience the ‘New’.

When we let go of the old energy, we get to experience new energy. Our bodies seem to have a certain amount of energy that they can hold. If we want to experience ‘new’ energies, we must release the ‘old’ to create space. Feel it to heal it and then let it go. Once healed, new energies will show up. It’s quite miraculous. And it’s a reminder that spirit is not outside of us. It is within us. In our bodies, minds, and souls.

I’m sure my kundalini awakening isn’t complete. Like most of spirituality, it’s not a one and done situation. I certainly don’t feel enlightened, which likely means I will have more waves of kundalini energy rise as it reaches for my crown chakra. More awakening within my awakening.