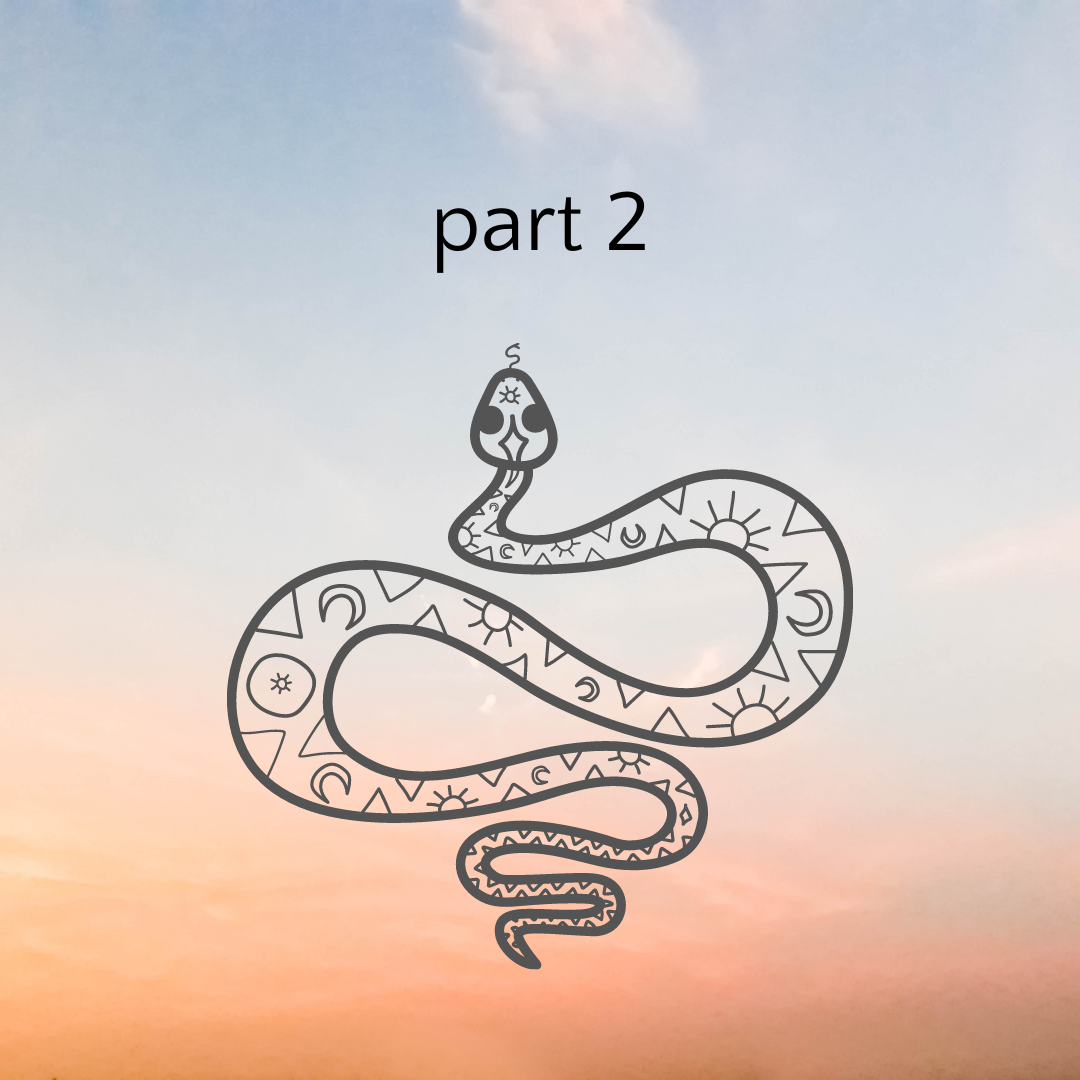 This is Part Two of An Awakening Within an Awakening. If you haven’t yet, you can read the first part here.

As I suspected, the kundalini energy has continued its rise through my chakra system. The same evening that I published An Awakening Within an Awakening, I channeled, and the energy began to rise again. It continued rising a little more each night for the next few nights. It was determined to complete its rise through my spine from my root to my crown chakra, and I was determined to allow it.

The first night it stopped at my 5th chakra, the throat. It would take a few more sessions before it reached my 6th chakra, the third eye. To assist with the rising energy, Spirit guided me through energy healing using meditation and crystals placed upon my chakra centers. Lapis lazuli was used for third eye strengthening. I was then guided to listen to meditation music designed to open the third eye chakra. We were preparing my system for the rising energy. Then, on the next night, I channeled again and could feel the kundalini energy in my third eye chakra.

We then began to prepare my crown chakra. There were more healing sessions with crystals for the crown chakra. I was guided to use my rainbow quartz crystal skull. The skull shape is said to bring additional powers of healing to any crystal. I thought I felt the kundalini energy in my crown, but there was no discernable sensation. It was more an inner knowing.

One night, I became so tired I feel asleep during a channel. When asked, I said I was tired and that it’s been a lot for my body to handle and get used to. After that, the energy went quiet for the night. The next night, there was no activity. Spirit was giving me a break and I was grateful for the rest.

I felt better the next day and when spirit approached for another channeling session, the message I received was “gentle”. The energy I received was gentle. There weren’t the big jolts of the old energy being forcibly removed from my energy body. It was easier, lighter, and gentler. Of course, spirit knows what I need and when I need it.

Since then, I’ve felt the kundalini energy rise a few more times. Each time the energy gets easier and feels more a part of me. Most recently, the channeled energy has shifted into downloads and activations of new spiritual gifts. I have been spending time on the astral plane and I recently acted as a medium for a pet that passed away a few years ago. More on those experiences in future posts.

Each day now I wake feeling stronger emotionally. Any lingering doubts and fears seemed to have dissipated. I feel balanced, energetically, emotionally balanced. I feel confident in myself. In a way that’s hard to put into words. I feel like me, but before all of the trauma. I feel healed.

It’s been many years since I have felt as strong and confident as I do now. I am in my power. If this is what balancing the Divine masculine with the Divine feminine feels like, I am here for it.